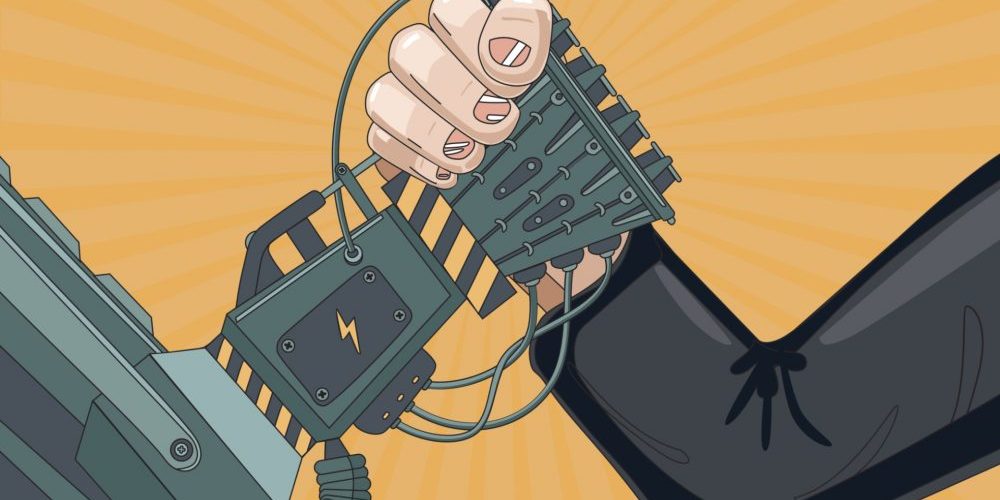 Machine learning. Automation. Artificial intelligence. When it comes to innovative ways of acquiring talent, it’s challenging to have a conversation or read an article without at least one of these three buzzwords cropping up. But machines taking over the recruitment industry isn’t a new thing. The invention of the ATS and the job board was supposed to do away with recruiters years ago, or at least drastically reduce the need. And even today, the recruiting automation landscape encompasses nearly 70 different technologies with this number set to grow.

And yet, we’re still here.

This isn’t an article against automation. In fact, we applaud it! A report by McKinsey estimates that automation could improve global productivity by 0.8% to 1.4% by 2020. And with there already being not enough hours in the day (always the way isn’t it?) we’re all up for a bit of productivity boost. We think there are some things that are better left to humans rather than computers.

To engage with passive talent, your strategy needs to be personalised and provide enough intrigue or incentive for the person to feel the need to respond. “Just because people can be found, it doesn’t mean they can be engaged,” says Peter Bateson, director of Robert Walters Chatswood.

A large part of communication to candidates can now be automated. From sending out sponsored InMails to bulk emailing every candidate on your company database, it’s increasingly accessible to reach out to many prospective candidates. However as Beamery states on their blog, “only a small operational detail needs to go wrong for things to start falling apart: A registration form can get fields switched up, a campaign’s variable can lose a bracket and send thousands of “Hi first name=there!” emails to your candidate.” In the recruiting world, it’s considered unfortunate yet inevitable that at some point you will send a message on LinkedIn addressed to the wrong person. We’ve all been there, and although mildly embarrassing it’s not something a quickly followed “oops! Sorry, I meant [insert name here]” message cannot rectify. If anything, it shows we’re human. On the other hand, it’s a little trickier to explain to all recipients of your email blast that the contractor role that was “absolutely perfect for you” is a day rate of £200, not £2000.

Also, at times, the traditional approach is less time-consuming. Aaron Williams, one of the founders of Onset Group, says, “technology can complicate things. People have to create a script or code, scrape data to source people’s details, then run an email or digital campaign and wait for the response. But if you know your space, you can just get their phone number directly, or call reception and ask for them! And in 30 minutes of dealing directly with people, you’ve done what a two-week campaign was supposed to do.”

Though automation can help streamline communication, it falls short in replacing some human capabilities. Automation tools can’t develop and foster relationships the way people can, and this matters when establishing relationships and building rapport with candidates.

“Emotional intelligence is ultimately what sets recruiters apart,” says Bateson. “Someone who has the ability to read people, understand why somebody has said something, and the underlying tensions between what was said and how the statement was made. A lot of these nuances aren’t picked up often, even by people in general. It takes a skilled communications expert to gauge these signals.”

Having the final say

We’re not saying that automation doesn’t have a place in the recruitment industry. Many believe that by automating low-level tasks such as sourcing candidates from resume databases, recruiters are freed up for tasks that computers are unable to complete. And as we mentioned earlier, saving time and being more productive is something we should continuously be striving for. However, when it comes to deciding who to hire, this cannot be determined by computers. Member of the Saeima, Rihards Kols says, “the final decision will always be made by humans either to recruit or not. While I welcome the AI tools implemented in the recruitment area that helps companies be more efficient, reduces cost to recruit the talent they’re looking for, and provide the necessary tools to obtain the information on potential candidates which saves time and money all together…. in the end the one that will be recruited to the company will be through human-to-human interaction.”

Although automating parts of the recruitment process can reduce workload and increase efficiency, Kol argues that automation is most effective when combined with empathy, “my argument is that nobody can replace one thing that humans have which is empathy. That is a crucial part in any recruitment process: understanding and listening. Machines don’t have that. Therefore, I approve in introducing artificial intelligence as a way of shortlisting, but not giving the final decision.”

Also, often we find that a candidate who might not tick all the boxes on their CV is a perfect fit for the client. Bateson states, “the candidates that aren’t the best on paper are often the best fit and stay the longest. The client realises throughout the process that indeed, this person is what we’re looking for.”

By automating low-level tasks, we’re able to spend more time speaking with clients and candidates and building on those essential relationships. Nick Deligiannis, Managing Director of Hays in Australia & New Zealand, sums it up nicely: “There’s no substitute for the importance of personal relationships and intuition. No matter the industry or sector, those at the end of the sales funnel are human.” And we feel this goes for recruitment as much as any other industry.

Chris Bamber, Digital Practice Lead at Paxus, says, “it’s about being there for that candidate that’s having a hard time getting a job, or that client that’s struggling with a role and they don’t have the biggest budget in the world. Empathy, listening and friendship are where you will stay relevant compared to a robot or a computer.”

At Socium, we believe that humans are the best recruiters, but we’re probably biased.

Should you continue to recruit during the coronavirus outbreak?
March 16, 2020