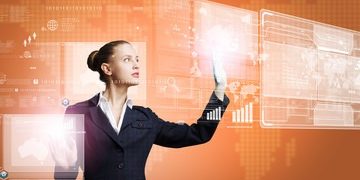 This week we’re celebrating International Women’s week, with the focus this year being on #EachforEqual. Women are doing incredible things in the tech and digital world, and the number of females taking up careers in these industries is continually on the rise. However, why are there still so few females considering a career in tech?

According to a recent research study conducted by PWC, only 27% of female students say they would consider a career in technology, compared to 61% of males, and only 3% say it is their first choice. Whether it’s a lack of female role models, traditionally male-dominated workplaces, gender stereotypes, or the implications of family life, there are many theories as to why women aren’t considering careers in tech. In this post, we’ll be discussing some of the steps you can take to reduce the gender gap in your team and make a difference in the tech industry.

If you’re actively taking steps to close the gender gap in your team, you need to shout about it. Women in tech roles want to know your workplace isn’t full of brogrammers before they even consider you as an employer. Broadcast your goals by speaking at events, networking with relevant people, promoting a diverse employer brand, and publicly setting diversity quotas.

Candidates need to see that you’re proactively taking steps to a more inclusive workplace, and not just talking about it to give your employer brand a boost. An excellent place to start is by identifying the reasons why diversity is essential to you, your team, and what you’re looking to achieve.

it’s all in the job description

There’s an art to crafting job descriptions that can help you to attract a wide range of candidates and avoid gender bias.

Look at the language you’re using carefully. Gender-related superlatives like Ninja or Rockstar can put female candidates off applying. Also, some adjectives are considered more masculine. Terms like manpower, fearless, and ambitious resonate more with a male audience. To promote opportunities to females, you should neutralise the language used in your job descriptions.

If you’re advertising a job in a language other than English, be careful about the genders used. Languages like French and Arabic have masculine and feminine nouns, which could automatically bias your job ads, excluding a female audience instantly.

Also, research shows that women won’t apply for a job unless they have 100% of the skills listed on the job description. To avoid putting females off applying, list skills that are essential for the role and leave off skills that are desirable but not a requirement.

To promote opportunities and inspire women to join your business, you need to start early. Research shows that females aren’t considering technology careers as they aren’t given enough information on what working in the sector involves and also because no one is putting it forward as an option to them.

Partner with schools in your local area to ensure technology and computing are viewed as viable opportunities for the younger female generation. Inspiring girls from an early age will significantly increase your talent pool long term, and will likely have a positive impact on your current hiring efforts.

The interview stage is vital as it gives candidates an insight into your company culture. Having a diverse panel for the interview will make candidates feel welcome. As a woman starting a job in tech, it’s important to see other women working for the business to ensure they don’t feel like the “token female developer.”

If you can’t have someone in the interview, which is female, ensure you show applicants around your office to give them a sense of your company culture. Even better, introduce them to members of your team to avoid any pre-determined judgments of the environment they would be working in.

According to a recent annual report conducted by Hired, 63% of the time, men were offered higher salaries than women for the same role at the same company. The report found that companies were offering women between 4% and 45% less starting pay for the same job.

Women in tech also tended to undervalue their market worth, asking for less pay 66% of the time, and would often ask for 6% less salary than their male counterparts.

With countries like Iceland enforcing equal pay for men and women and fining companies that don’t stick to it, lead the way and ensure you’re offering all employees the compensation they deserve.

There are many things you can do to make your business, team, and culture more appealing to female candidates, but the key is to start. By following these simple steps, your business can play a part in reducing the gender gap in tech.

How to cultivate a positive culture when working remotely
April 27, 2020