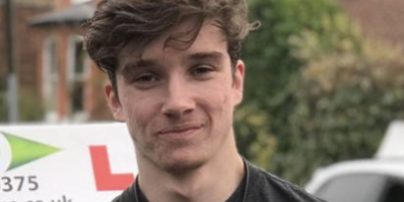 We’re starting the month off with a bang with two new members joining the Socium team. In our previous blog post we introduced Rhys Morris but this post is all about new starter, Jack Mellor.

Jack came straight from college (and off the occasional building site) straight into recruitment. After 8 months in the Finance recruitment, he decided the time was right to join something special, Socium and take on the world of Tech North West.

Keeping up with traditions we welcomed Jack by asking him a few (random) questions:

Live forever by oasis because it’s a Manchester anthem that no matter where or when, as soon it gets played everyone is off their seat

Who would be your ultimate dinner party guest?

The former stock broker Jordan Belfort because I think he’s one of the most interesting characters in recent times. After reading his book, The Wolf of Wall Street, I would love to be able to ask him about how he built his empire and then had to rebuild his life after being released from prison.

What would you say is your greatest achievement?

Placing my first candidate within 2 days of working in recruitment (or joining Socium Recruitment, obviously.)

What are you most likely to be found doing?

What are you least likely to be found doing?

What’s your most embarrassing moment?

When should you use automation in recruitment?
October 12, 2020