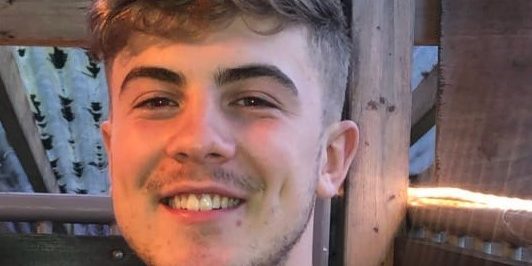 This month we welcome another new member to the Socium team – Kieran O’Reilly. Kieran is a fellow Northerner and a former professional Rugby league player for Huddersfield Giants. Fun fact about Kieran – he passed his Maths GCSE when he was just 12!

We resisted the urge to re-enact the numbers round of Countdown and instead asked Kieran a couple of questions over a brew!

Sweet home Alabama is my go-to karaoke song, everyone knows the words and it’s great to get people singing along.

Who would be your ultimate dinner party guest?

Gordon Ramsey – I’m a big foodie and I think Gordon Ramsey is hilarious! Plus, I wouldn’t mind picking up some tips on cooking!

What would you say is your greatest achievement?

Scoring 6 tries against the Czech Republic national team in Prague.

What are you most likely to be found doing?

Cooking or eating – I’m always experimenting with recipes and making a mess!

What are you least likely to be found doing?

Changing the baby’s nappy… I try to avoid that whenever I can!

What’s your most embarrassing moment?

I did a press-up with my former girlfriend on my back and “accidentally” let on go…… I never lived that one down.

When should you use automation in recruitment?
October 12, 2020